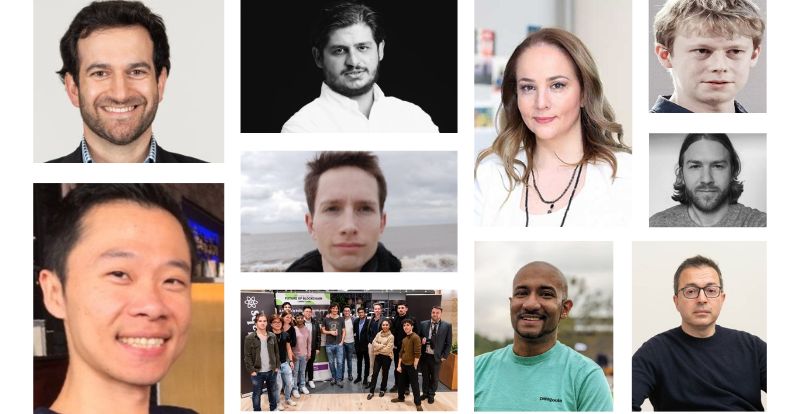 
Web3, the term coined by computer scientist Gavin Wood in 2014, has become a buzzword. This latest iteration of the World Wide Web encompasses many huge takeaways of technology, including blockchain, cryptocurrency, NFTs, and the metaverse.

With a massive scope to be explored as a part of Web3, a new wave of startups is emerging in the sector. Experts from tech giants like Google, Amazon, and Meta are leaving their jobs to join or create a raft of emerging Web3 startups. A Web3 startup from Revolut alumni, Tesseract raised $78M recently.

Given the scope for Web3, there is a spike in investments in this space. Recently, Shares, a London-based social investment platform closed $40M to enter the Web3 space and add related products to its portfolio. In addition, the UK-based Fiat Republic, a web3 enabler assisting crypto platforms acquired Paybase.

That said, the UK is becoming a breeding ground for Web3 startups and here, TFN has curated a list of such innovative startups eyeing to up the game on this front.

Bottlebits is a London-headquartered Web3 platform for luxury spirits and wine. Powered by breakthroughs in technology and Dramification, Bottlebits is reinventing the way you collect and experience rare whiskies.

You will get fractional ownership of an authentic, sealed bottle, that is kept in-bond and insured at LCB. You will also get a digital version of the bottle for you to share along with a digital bar to access your collection anytime.

A community-driven, frictionless web3 gaming startup, Gangbusters from Cambridge, believes gaming should be accessible. It provides frictionless multiplayer games that you can join instantly wherever you are spending your time online. The company builds towards fostering and empowering communities with player-owned economies.

London-headquartered Footium is a gaming studio that harnesses blockchain technology in innovative ways. Footium is a web3 football management game that allows players to become the owner, manager, and scout for their own metaverse football club, and earn prizes based on their success.

Users can purchase and mint NFT players, win games for promotion up the football pyramid, win championship glory, and even watch their retired players become coaches. Earlier this year, Footium scored $3.5 million in a seed round led by BACKED alongside a slew of other investors.

Colendi aims to empower every individual regardless of gender, background, financial position, banked or unbanked to give them financial freedom and financial inclusion through simple, easy-to-use products. Colendi provides embedded fintech services that democratise banking services for consumers, merchants, and financial and non-financial institutions to overcome the limitations associated with legacy banking.

Cheqd is a web3 startup founded with the mission to make digital identity more accessible, inclusive, and commercially sustainable. Its core product is a blockchain network that makes exchanging and paying for trusted data easy, inclusive, and secure. Its product is built on blockchain technology.

Encode Club is a blockchain education platform that aims to educate the future generation of blockchain professionals. The web3 education startup has trained 15,000 developers last year alone through its programming. Encode runs workshops, bootcamps, and hackathons both online and in-person across the globe with the goal of providing a recruitment pipeline for its long-term partners.

In May this year, London-based Encode Club netted $5 million in a round led by Galaxy Digital and Lemniscap. The funding will help further develop its Web3 bootcamps, hackathons, and accelerator programs.

Carbon is a digital platform and marketplace showcasing the most cutting-edge and collectible fashion imagery and storytelling. Every element of every Carbon project is purchasable via its unique Web3 marketplace. The highly collectible NFTs are created using state-of-the-art digital mediums across photography, video, AR, VR, CGI, gaming, wearables, and generative art.

The global ecosystem for creatives announced a $1.7 million private funding round. The round was led by Genesis Block Ventures, which utilises private investments to help grow a thriving network of blockchain, cryptocurrency, and DeFi projects.

Boson Protocol enables the tokenisation, transfer, and trade of any physical thing as a redeemable NFT. It is the foundational Web3 primitive for commerce. Recently, the company introduced Boson Protocol v2, Web3’s digital commerce layer, which is launching on Polygon. It is described as the breakthrough technology enabling digital to physical redemption without intermediaries.

A London-based fintech – Twig targets Gen Z and younger millennial consumers with an e-money account. It provides them with instant cash-outs on electronics and fashion products that they want to sell. For now, Twig accounts are available only in the UK and it charges users £1 as a transfer fee to send money to a third-party account while there is no fee to transfer between Twig accounts.

Arweave is an information technology company that specialises in data storage, blockchain, and serverless web. It features a software platform that offers unparalleled levels of data replication and security for users and financial incentives for participants in the network. Arweave has set the new standard of highly reliable, lightning-fast web application hosting at a fraction of the cost of traditional centralised providers.