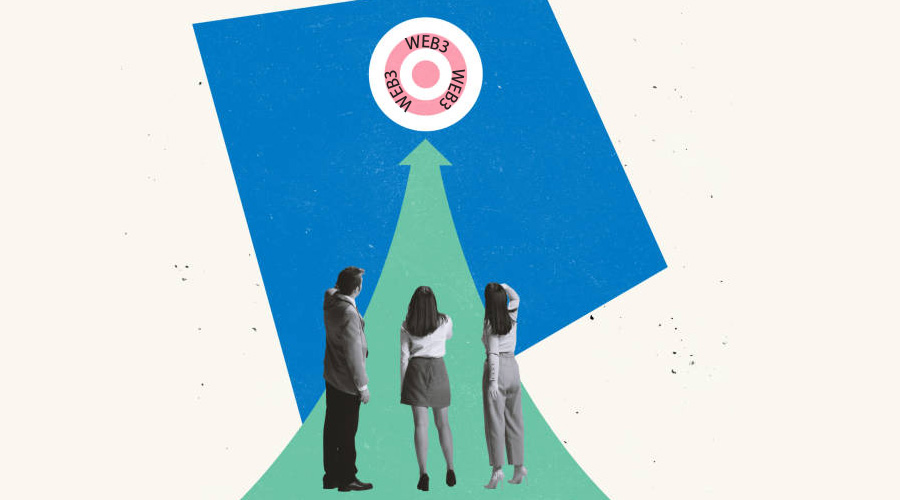 
Web3 adoption has advanced, yet complex challenges continue to hinder its adoption and scalability

As the internet evolved, its grip on us grew profound, shaping everything we read to everything we wear. Now, as the internet is evolving, the new iteration of the internet is causing huge confusion among modern users.Web3 basically gets its name as the third iteration of the internet. It is basically an open-source platform and does not require the support of any intermediaries. The concept of Web 3.0 has been around for decades but has only gotten traction in recent years, due to the expanding popularity of NFTs, cryptocurrencies, and blockchain. However, the concept of Web3 is quite new for developers and internet users around the world, which is why its adoption and application have become complex, causing Web3 developers to face massive challenges. Here, we have listed the top Web3 challenges that developers continue to face, even after this powerful trend is evolving dramatically.

The entire narrative of Web3 relies on its reputation of being decentralized. The domain basically supports cryptocurrencies, smart assets, NFTs, and the metaverse. But to make this technology more trustworthy, Web3 developers have integrated centralization protocols in different spheres. Hence, even though customers use decentralized applications, their success majorly depends on a centralized infrastructure.

Web3 is Currently a Mess

Web3 is mainly handled by multiple parties. All participants of blockchain technology, jointly decide on the product changes through a consensus, leading to the fact that no single authority takes responsibility for the data. There are no specific laws and regulations as to what content should or should not be published. The internet possesses several laws and regulations based on content moderation, but as Web3 is still in a developing state, without the presence of regulations, scammers and thieves might take the opportunity to abuse the system.

The process of integrating Web3 applications is slower, compared to Web2. In order to fasten the process, Web3 developers maintain client-side SDKs for the application developers to use. This development cycle requires a lot of time and energy and is also quite tedious on behalf of the application and protocol developers.

Web3 is a Single-Platform Domain

Web3 can facilitate several avant-garde innovations with the help of JavaScript language. However, the language cannot be integrated into various application modes like mobile, server-side, video games, and IoT. This is mainly because the JS interpreter is very heavy and quite difficult to integrate across distinct platforms.

While imagining an advanced form of the internet, users won’t be expecting poor interface and experience, which is a huge problem when it comes to Web3 applications. Big tech giants like Facebook and Google have been using Web3 applications, which greatly focus on providing a beginner-friendly and convenient user interface and experiences. Whereas, this new evolving domain has not yet grasped the importance of providing a platform that supports decentralization, provides security, and is user-friendly, all at the same time.

Domain scalability is still a huge issue when it comes to blockchain and Web3 adoption. Out of security, decentralization, and scalability, only two of these options shall be fulfilled by a public blockchain. As a result, several protocols have had to opt out of critical functions, resulting in the emergence of the domain that circles insecurity and uncertainty.

Web3 has become an open platform for scammers to perform cryptojacking. A scammer basically steals the victim’s processing power and deploys it to generate their crypto tokens. This jeopardizes the security and privacy of the developers as well.

A rug pull generally happens when a malicious developer abandons a certain crypto project and steals all the funds earned through a particular cryptocurrency. Since Web3 is mostly handled based on a decentralized concept, fraudulent individuals can use the better part of this process to perpetrate the defense barriers and steal investors’ profits.

Interoperability basically talks about how blockchain networks interact with each other. Web3 project users are less likely to consider owning assets on other blockchains as long as asset transfer across blockchains remains impossible or largely insecure. Besides being insecure, users have also complained about slow and reliable applications, making them inaccessible to the general public.

Offers Little to No Mainstream Businesses

This challenge might not just be related to developers, but even modern business leaders have accepted that Web3 does not provide many advantages to streamlining business processes efficiently. Businesses continue to adopt cryptocurrency, blockchain, and decentralization, but unfortunately, the Web 3.0 platform has failed to yield significant offers to them.

Disclaimer: The information provided in this article is solely the author’s opinion and not investment advice – it is provided for educational purposes only. By using this, you agree that the information does not constitute any investment or financial instructions. Do conduct your own research and reach out to financial advisors before making any investment decisions.